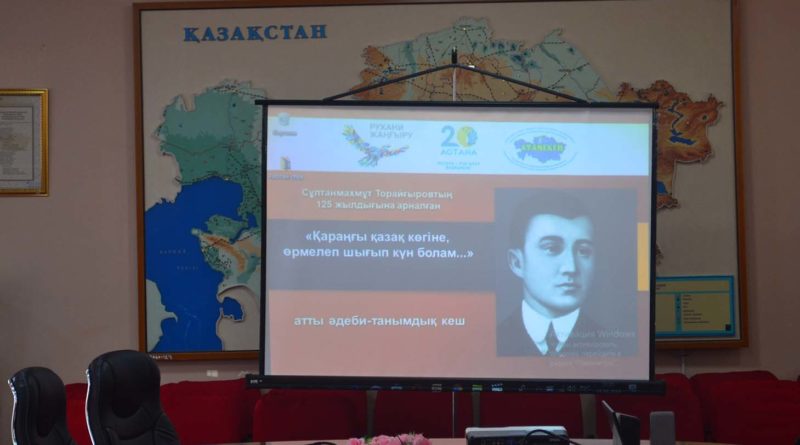 A poet and a writer, one of the brightest representatives of Kazakh literature of the early 20th century, Sultanmakhmut Toraigyrov, during his short life (only 27 years) have wroted several lyrical songs, about 10 articles, two novels, 5-6 poems and  also he is a great artist, realistic a writer, who managed to raise Kazakh poetry to a new level. Today August 15, a literary and cognitive evening was held on the theme: “Karangy kazak Kogіne, ormelep Shygyp kun bolam…” dedicated to the 125th anniversary of Sultanmakhmut Toraigyrov, who worked on various genres of Kazakh literature after the great Abai. During the evening, the head of the excursion department Malzhanbai Azamat has read a report and showed a video about the poet’s life. Young guides, who are working in the summer, have read the poems by heart from the writer’s work and especially noted his musical heritage for them. The museum employees have participated in the cognitive evening.