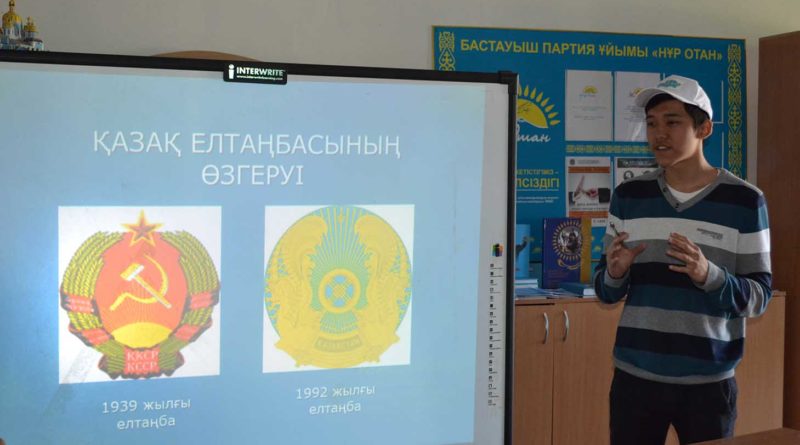 A round table “The role of the head of the state in the formation of Astana city” dedicated to the Day of National Symbols and 20th anniversary of the capital was held in the ethno-memorial complex “Map of Kazakhstan “Atameken” on the 4th of June 2018 year, at 15 p.m.

Aim: to inform the young generation about the role of the national symbols in the education of Kazakh patriotism and the role of the President in the formation of Astana.

Personnel of the complex and young guides took part in the round table. The event started with the National Anthem and continued with videos and slides about the national symbols. As said by the President Nursultan Nazarbayev: “National symbols are a bright example of the link between the past, the present and the future.” Based on this, the young generation was informed of the importance of the national symbols.