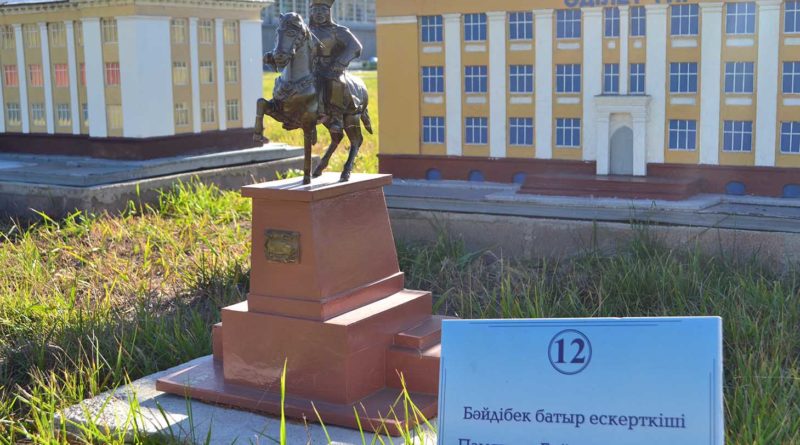 One of the attractions of the city of Taraz is a monument to Baidibek batyr (VI-VII). The monument was installed in 2002. This is a great bi and batyr, a prominent public and state leader. He actively participated in the unification of the Kazakh people. This monument serves as a good example for the education of future generations.
Baydibek Batyr became famous among the people for his justice, accuracy of words, humanity and wisdom. Baidibek bi was died at the age of 63, buried on the bank of the Balabogen River. A mausoleum was built on his grave. In the South Kazakhstan region, one of the districts is named after Baidibek. Name Baidibek well preserved in the memory of the people. A mausoleum was built on his grave. In 1998, on the site of an old mausoleum, a new architectural complex, Baydibek and Kashietti bes ana, was built.