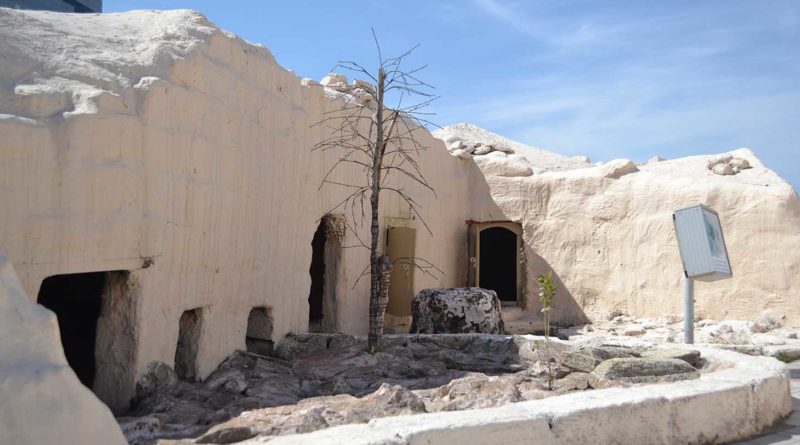 Shopan-Ata – a monument of ancient architecture, located along the Karavannaya road between Mangistau and Khorezm. He has mosques built on the northwest side of the rock. The mosque belongs to the group of advanced structures X-XIII centuries. On the northeast side is a large room. On the right side there is another small room, the threshold which is high. Under the left wall buried grave. In front of the door there is a grave which is covered with a closed curtain. According to legend, Shopan-Ata’s daughter is buried there. The surface of the mosque is closed with rock. On rocks, gutters were made in which reservoirs with a capacity of 10-15 cubic meters were dug up. Throughout the year, they provided water to the residents of the mosque. On the walls of the mosque there are no colorful patterns. According to legend, the start date of the construction of the mosque is considered when the Oguz tribes began to move to Mangistau. Shopan-Ata – the main representative of sheep cattle breeding and spiritual master of Sopan. According to researchers, Sopan Ata lived around the XIII-XIV centuries and was one of the leaders of the Khawaja Ahmad Yasawi Tarikat.
There are many legends about Shopan-Ata among the people, in which he respects the dignity of sheep cattle, as well as he spiritually supports cattle breeding, and he also sought to develop spiritual Muslim traditions.