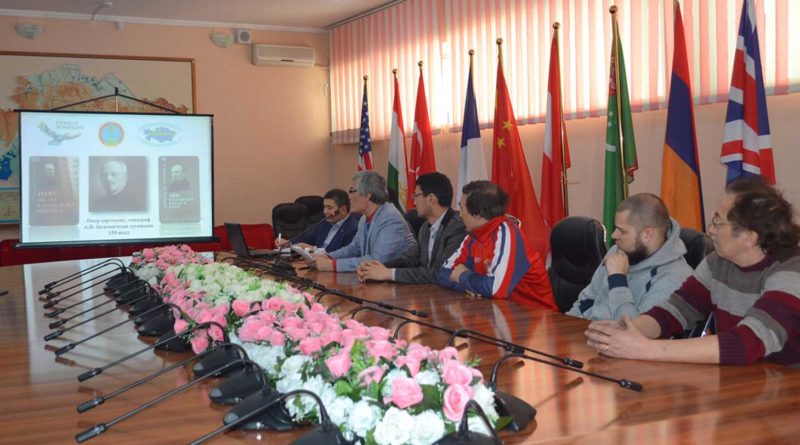 In the ethno-memorial complex “Map of Kazakhstan “Atameken”, a lecture was held in anticipation of the celebration of the 150th anniversary of the music researcher, folklorist, People’s Artist of KazKSR A.V. Zataevich. The event was organized under the program of the Head of State Nursultan Abishevich Nazarbayev “modernization of Kazakhstan’s identity”.

The lecture was held by the People’s Artist of the Republic of Kazakhstan, art researcher Serik Ospan Karibayevich. During the event, he had undertaked analyzes of the works of the scientist, who has contributed more than 2,300 folk songs and kyuis to the compilation. He has also introduced his contribution to the development of Kazakh spirituality.  Musical folkloristics in Kazakhstan has developed truly as a science after the 1920s. The works of Alexander Zatayevich, the founder of the Kazakh musical folklore, play an important role in this area.  His compilations “1000 Songs of the Kazakh People” (1925) and “500 Kazakh Songs” (1931) fully embraced performing arts in the nineteenth century and the first half of the twentieth century, which is an invaluable legacy consisting of song and instrumental works.