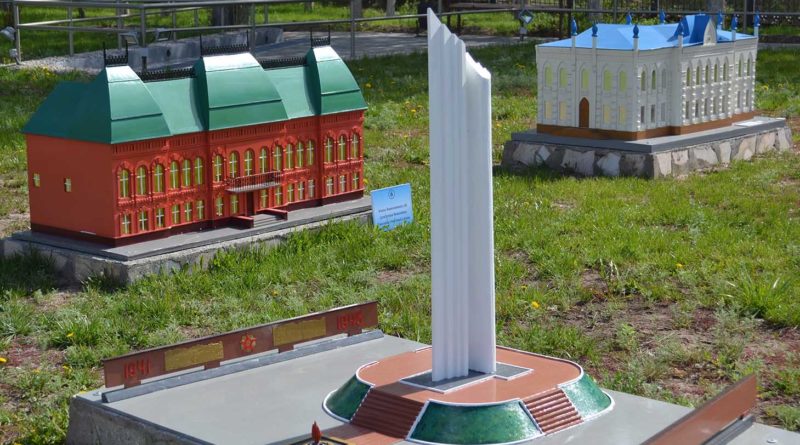 The Central Committee of the Communist Party of Kazakhstan and the Council of Ministers of the Kazakh SSR took the decision to build a memorial complex. The main idea of the complex is perpetuation of the immortal feat of the participants in the heroic defense of Uralsk in 1919, and the struggle against the white guards and the defense of the Motherland against the fascist invaders during the Great Patriotic War.

On March 12, 1971 the projects of the complex presented at the announced competition were reviewed. The jury recognized the best under the motto “Bayonet and flag.” The archeologists are: Seidallin R.B., Bamoldaev Zh.K., Abilov A.Zh., the sculptor: Nauryzbaev Kh.I. The construction of the complex began in 1979. It was attended by many construction organizations of the city. The grand opening took place on May 9, 1980. The eternal flame brought from Mamayev Kurgan, was lit by the Hero of the Soviet Union Konyakhin I.I. and a member of Uralsk defense A. Ismagambetov. Urns with the land taken from the communal graves of Russia were buried near the wall.