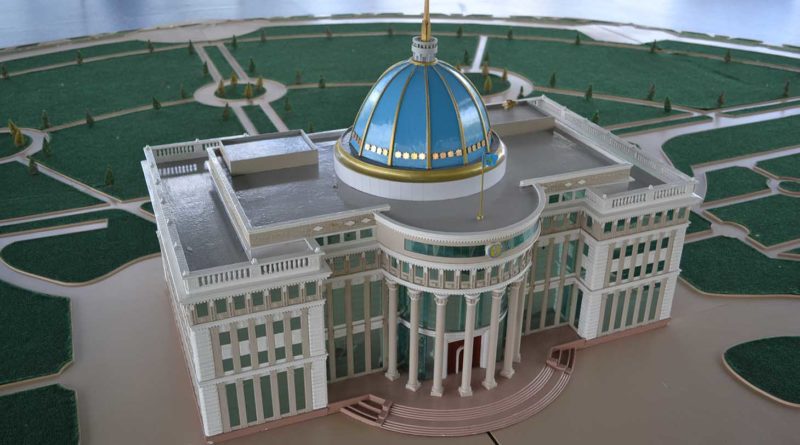 Sovereign Kazakhstan’s new capital has a unique architectural ensemble in terms of artistic meaning and scale. An important element of the city’s central area is Akorda – the residence of the President of the Republic of Kazakhstan. The name of the Head of state’s residence has a deep symbolic significance. When translated directly “Akorda” means “the White headquarters”.

The residence’s construction began in 2001. The official presentation of the new Palace of the President of the Republic of Kazakhstan took place on December 24, 2004. The authors aimed to create an unrepeatable, unique complex which would symbolize power and dynamism of the swiftly developing country. Well-known architects of Europe and Kazakhstan were involved in the project. Among them were renowned European designers M.Gualazzi and A.Molteni. The interiors in national style were produced according to the academician K.Montakhayev’s expert opinion. Experts and workers of 26 nationalities and from ten countries of the world worked on construction of the major state building.

The total area of the building makes up 36 720 square meters. The building is made from solid concrete with the use of the most up to date construction methods and advanced engineering equipment. The building’s height together with the spike makes up 86 m. The building consists of five ground floors and two underground floors. The first floor’s height makes up 12 m.