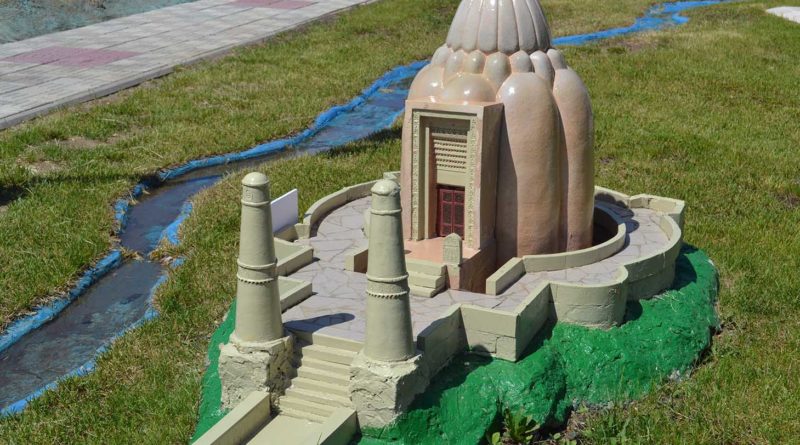 Domalak Ana is one of the wisest mothers of the Kazakh people, her mausoleum was erected at the cemetery of Nurila Ali Slankyzy (real name of Domalak Ana). Nurila is Baidibek’s third wife. Domalak ana had given valuable advice on the affairs of the country. The historical chronicles describe numerous facts about the name “Domalak Ana”, for her morality, decorum, prudence, sincerity and motherhood.

Domalak ana translated from Persian means “Dihnat mama”, the mean is Holy Mother. Then the word Dihnat was changed to the word Domalak. The height of mausoleum is 12 m and was built in the shape of eight leaves, a dome was installed above the main part. According to the legend, there are two holy stones in the Domalak mausoleum, between these two stones only a pure person can walk it. The mausoleum built in the twentieth century was 6 angle.

The mausoleum in 1957 was restored, but for a long time it was not preserved. In 1966 it was rebuilt with white stones from Mangistau city. In 2000, the works on landscaping and gardening of the territory of the mausoleum were fully completed. The Domalak Ana Museum contains various ancient manuscripts and a variety of handicrafts.  Domalak Ana Mausoleum is a holy place where people honor her memory.