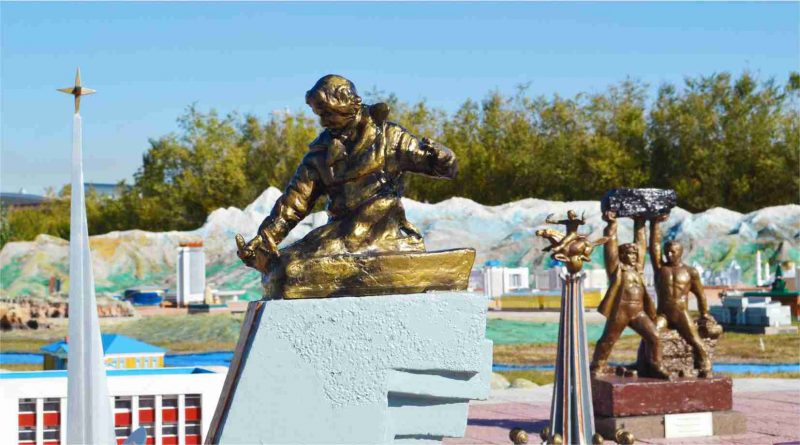 In 1958, a monument to pilot Nurken Abdirov, Hero of the Soviet Union, was installed in Karaganda.

The Sculptors – are A. P. Bilyk and Y. Gummel. The title of the Soviet Union hero was given posthumously on March 31, 1943. Awarded by the Order of Lenin. The street was named in honor of the hero.

A monument to the pilot was installed in Almaty. And also the memorial plaque was installed on the Mamayev Kurgan in Volgograd city.

The hero destroyed several tanks and about twenty armed enemy vehicles with his Il-2 aircraft. On December 19, 1942, Nurken Abdirov destroyed 2 anti-aircraft artillery, and 6 tanks. His plane came under fire and died heroically.

The life and courage of a simple Kazakh batyr N. Abdirov, as the personification of the noble qualities of the heroic, patriotic Kazakh nation, are aimed to the world.