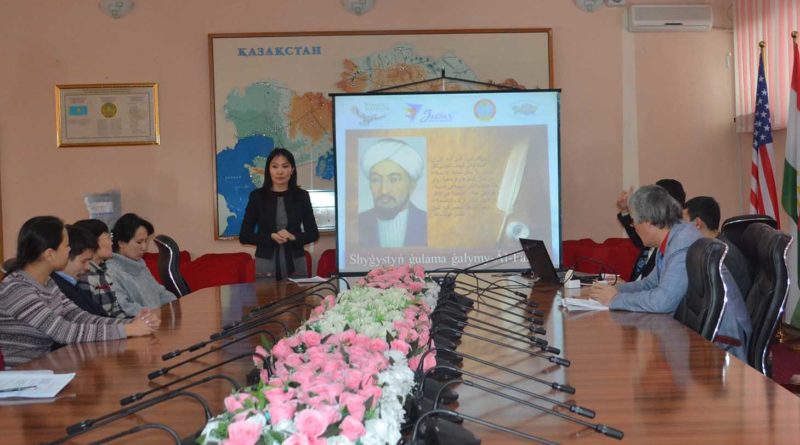 Today in the “Ethno-memorial complex “Map of Kazakhstan “Atameken” within the framework of the program “Ruhani Zhangyru” and “Year of Youth” a lecture was held on the theme: “The great scientist of the east – Al Farabi”.

The purpose of the lectures is to tell about the details of life, the role in the history of the great Kazakh thinker Al-Farabi, the values of his works, his contribution to the development of science today. Discuss the theory of the scientist who left important information about the management of the state and socio-ethical political views in today’s society.

Honored Artist of the Republic of Kazakhstan, a member of the Union of Journalists Ospan Serik Karibaiuly shared his thoughts on the works of the scientist who wrote about the administration of the state and the importance of a thinker who has special significance in today’s society.

Nowadays the works of Al-Farabi have not lost their meaning. Even during the life of, many scientists of that time turned their attention to life, encyclopedic scientific heritage, as well as the spiritual world of the scientist. Also he told about this in detail at the lecture and told about the research of the scientist on the topic: “The merciful views of the urban residents”.

At the end of the lecture, the staff of the complex came to conclusion about the need to contribute to the preservation of its rich spiritual heritage at the world level by the 1150th anniversary of Al-Farabi in 2020.